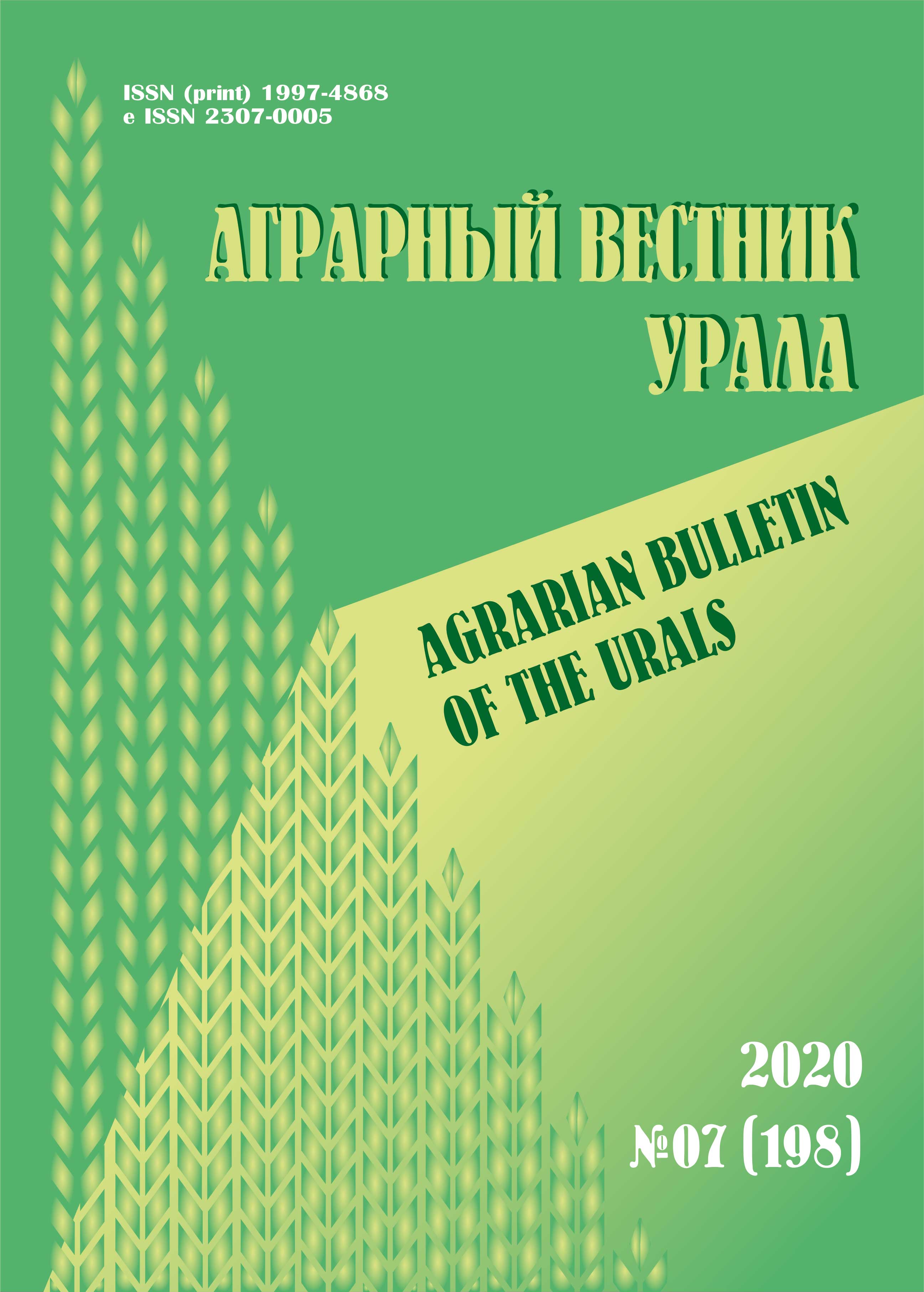 Язык материала:
английский
Ключевые слова:
grain, grain processing product, legal regulation, state control and supervision, state grain inspection, technological regulations and long-term strategy.
Аннотация и ключевые слова
Аннотация (русский):
Abstract. Grain production and legal regulation of this industry are of paramount importance for the food security of the country. Therefore, the purpose of this study is to analyze the adopted laws and regulations governing relations in the field of grain and its processed products, as well as the state of grain growing in the Sverdlovsk region. The article uses the methods of analysis and synthesis, the method of generalization, the method of environmental forecasting, as well as the method of strategic planning. The results of this article are based on the fact that the Law of the Russian Federation No. 4973-1 “On Grain”, adopted on May 14, 1993 (currently not in full force), established in the first article that grain is a national treasure of the Russian Federation, one of the main factors of economic stability. By Decree of the Government of the Russian Federation No. 491 of August 4, 2005, state control over the quality and safety of grain, mixed feed and components for their production, as well as by-products of grain processing, is assigned to the Federal Service for Veterinary and Phytosanitary Supervision. The scientific novelty lies in the fact that the Law “On Grain” has not become the main integrated legal act in the complex regulating relations in the field of grain growing. Therefore, at present, the most important legal act is the Long-term strategy for the development of the grain complex of the Russian Federation until 2035, which, according to the authors, should consider the organizational and economic mechanisms for the production of the grain complex in close interconnection, where high-quality grain should be provided with appropriate technologies at all stages of its production, as well as during transportation, storage and processing.

Grain growing is one of the most important subsectors of agriculture, providing the country's population with bread, bakery products, cereals, flour and other grain products. Grain is of great importance in the production of compound feed for agricultural animal husbandry.

As a result of the land and agrarian reform since 1990, the grain problem in the Russian Federation has sharply exacerbated, which led to a shortage of bread, cereals, flour and other products related to grain.

9. Kostrova Yu. B., Shibarshina O. Yu. Analiz i perspektivy razvitiya zernovogo rynka v RF [Analysis and prospects for the development of the grain market in the Russian Federation] // Azimuth of scientific research: economics and management. 2018. Vol. 7. No. 2. P. 177. (In Russian.)